GLIDE is a solo (and cooperative) sci-fi tabletop RPG adventure game inspired by the world of Frank Herbert's Dune.

Players take the role of a Seeker; a member of a collective group of nomads, traders, ecologists, and hopefuls that have come together with the common goals of rebuilding the planet Eridoor. Seekers navigate the desert wastes for scrap left behind by the Great Houses of before, in hopes that they will one day contribute to the restoration of the planet's past beauty and splendor.

As you explore everything GLIDE has to offer, you will acquire Fame, which ultimately leads to the end of the game. How you earn Fame is up to you, with many different pathways depending on your playstyle. Want to explore your world even further? GLIDE offers rules for returning to your version of Eridoor with a new character to continue on a map that you enjoy.

GLIDE makes use of a unique dice rolling system for skill tests. Players will increase one of three stats (Hardy, Knowledgeable, and Resourceful) to increase their chance of success when Exploring or Encountering in the world. Locations each have levels, from 1 to 3, which dictate the number of six-sided dice (d6) to roll. Roll a number equal to or less than your chosen stat to use for the skill test to gain a success. Gain enough successes and you will be rewarded! If you cannot complete a skill test, you may always return at a later time to try again.

At its core, GLIDE is about exploring and revealing the desert around them. Players will reveal new locations on their map, which  provide opportunities to adventure outward from settlements and find resources to sell, or contribute to one of the Guilds. Games can vary in length, averaging 1 hour for a short game, and 3 hours for a long game. The longer you stay in the world of GLIDE, the more you will reveal and discover. You do not need to see everything in one play session as GLIDE is easily saved by recording a few bits of info before tucking it away. 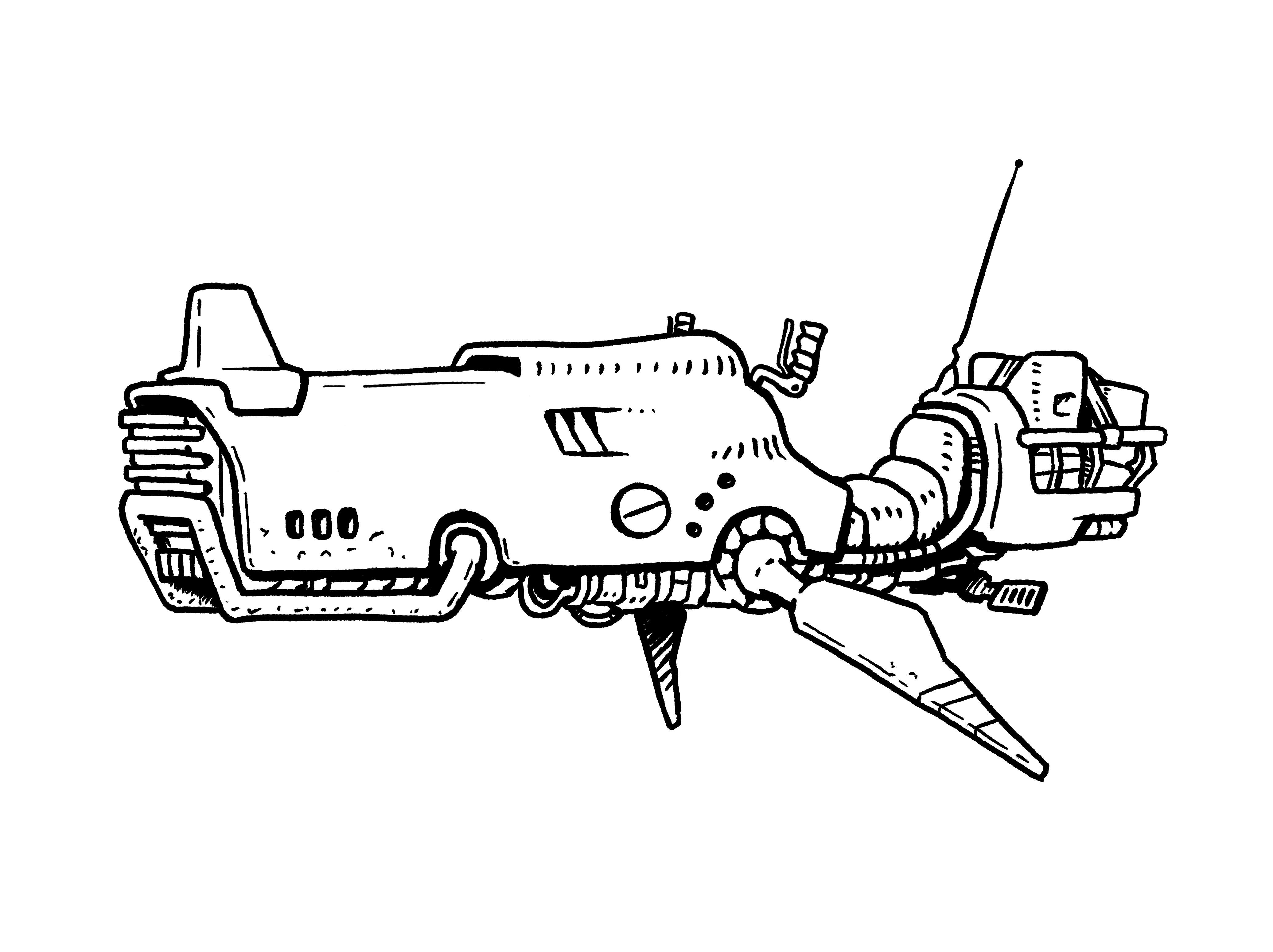 A long time ago, the green lushness of Eridoor stood as the prize jewel to many Great Houses. These Houses form the Council of Empires, a ruling system over the known universe. Each House rules over their own people, to forward their own agenda, power and control, and take from all planets they choose, returning nothing to the soils.

Over many centuries of exploitation from the Great Houses, Eridoor began to dry up, becoming a barren and sandy husk of its once beautiful self. Conflict erupted, subtle and shadowed at first, then quickly open and violent, across the planet and in the space above. The Great Houses fought for one resource in particular: a precious mineral with a latent power to transform any planet of their choosing into a verdant, life giving world.

When the last of the known mineral was finally harvested, the surviving Houses began leaving the now completely barren planet, in exchange for returning to their own worlds with the newfound ability to create something from nothing. Sadly, Eridoor saw no such nicety. 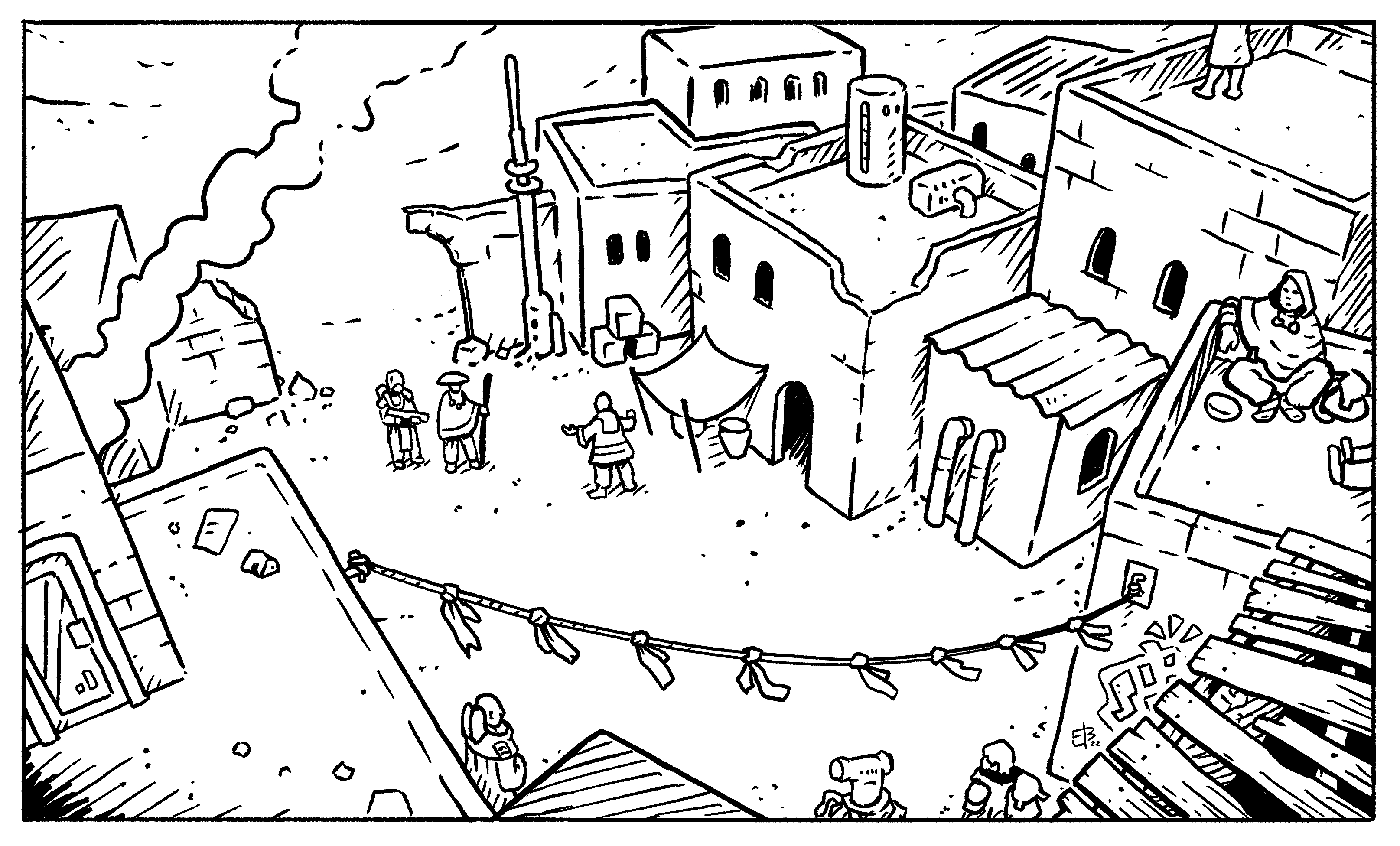 What's in the Core Rules?

What Else do I Get?

In order to download this desert adventure you must purchase it at or above the minimum price of $5 USD. You will get access to the following files:

Support this desert adventure at or above a special price point to receive something exclusive.

Are you a low-income or marginalized person interested in GLIDE? During the Kickstarter Sleepy Sasquatch Games raised money for 200 community copies! If you cannot afford GLIDE, please make use of these. Just click below to claim a copy and attach it to your account.

NOTE: Additional costs for Asia and Oceania, to cover high shipping prices. Please contact me at sleepysasquatchgames@gmail.com for more info.

Hey! I just got around to sending out emails to those who ordered physical copies this week. Sorry for the delay. They will be shipped out as soon as today (November 11 - 2022).

Hey is there any open license or opportunity to create content for Glide? I maybe myself a new map/tracker sheet and did some tweaks to the Character sheet I would love to share. Also, I’ve been having some extra game ideas as I have been playing.

Absolutely! I will include some information on the main page for the license, including branding and what is considered fair-game for third-party creations. I'm fine with creations being sold by the creator, as long as they include a "compatible with GLIDE" declaration and the logo (as mentioned). Will need to do a bit more research as to how other print games handle this, so give me a few days before the update is available.

If you have more questions, please send me an email at sleepysasquatchgames@gmail.com, as it's easier to correspond in long-form.

Hi, I just went through character creation and was hyped to get started with the exploration of the desert, but I can’t find any value for starting speed (or if a character starts with a glider at all). Is the starting speed 1 or 2 as listed for level 1 in the glider upgrades?

Hey! The starting Speed is 1. You can find that info in the FAQ/Errata v1.0, which is listed in the "demo/free files" section of the GLIDE page.

Level 1 upgrades are the first upgrade to your starting Stats. Hope that clears things up for you.

Nope! Quest items are ignored unless you have an active quest. Assume that you don't know what you need to find until you take on a quest.

IS there a sample play through video anywhere?

There is not any videos, that I can find. If you have a recommendation of someone you'd like to see play it, please let me know and I'll reach out to them.

I'm getting ready to play the game - it looks like a lot of fun.  I'd really love to be able to purchase a print version.  They're easier for me to work with when gaming.

I have a few copies going up today. The price will be $25 USD, shipping included.

Any chance of getting an easy print version?

The game is beautiful, but all the black pages will take a whole printer cartridge.

Thanks for requesting this! I will upload a low-ink version within the next 12 hours, with the inside covers removed and some adjustments to the contrast levels for the covers. That should help cut down on the ink budget.

Thank you so much!

You're welcome. The "Low Ink Version" zip contains both spreads and pages, depending on your printing preference.

I found this on drivethrurpg before here - is there any chance for the lowing version to be added to that as well??

I will add that as soon as possible. It may take a few days for DriveThruRPG to approve the upload, so keep and eye out for the update email.

The Expansion has a bad extension and does not download.

Thanks for letting me know, William! I will upload a new version ASAP.

Worth the wait! Love this book.

Appreciate the kind words. I hope you enjoy playing GLIDE! 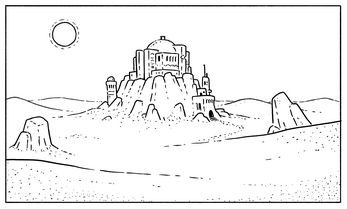 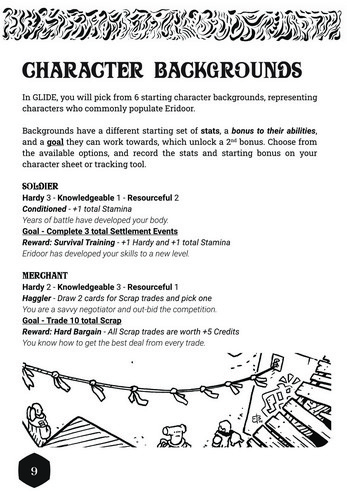 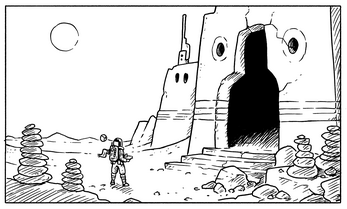 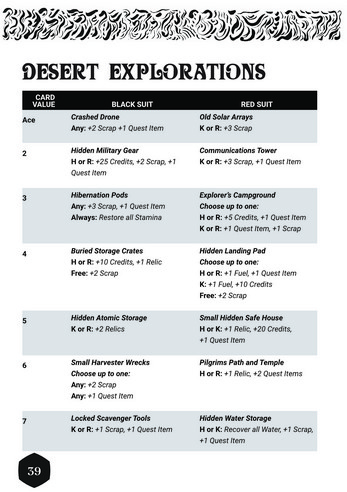 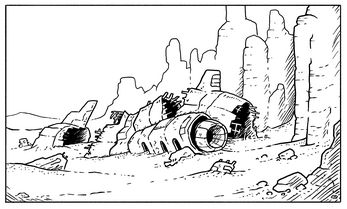 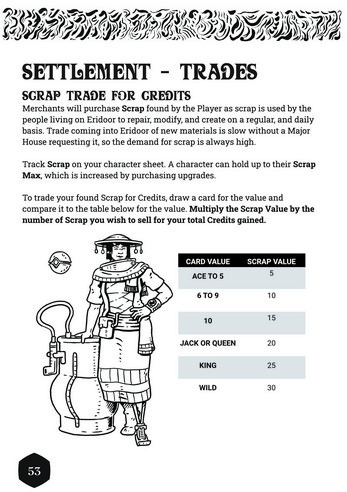